Do you want to become a member of The Big House?

If you are interested in becoming a member – coming to workshops and performing in an Open House Project, please contact us.

Testimonials from care leavers we have worked with:

Before The Big House theatre life was a constant battle and it seemed that I was constantly losing. Going in to care in 2010 was very difficult for me to accept. My foster carer was lovely and even now she is still very much a part of my life. I just struggled to adjust to being in care. I felt rejected. Of course I blamed everyone, for what I saw as wrong. I blamed absent parents. I blamed the cousin that bullied me. I blamed the aunt that put me down. I hated them and I hated the world for failing me, but hated myself more for being a failure. My first and only year at sixth form, was my first time back in education as a looked after child. The year was a blur. I drank a lot. I smoked a lot. I even played a lot of pool! But the thing I did most and best of all was act as if everything was ok. It definitely wasn’t ok. I realised I couldn’t keep this up so I left sixth form and started at a college in central London. I left with a btec diploma in art and design and a place at Uni.

However Uni never happened that September. I was depressed and now living alone in a flat.  My local authority took the care leavers to see Phoenix at hackney downs studios in late 2013 and thats where I first saw Maggie’s work. I was quite struck by phoenix, it was so honest about experience of care, I was gripped from start to finish. I signed up to get involved in the next open house project.  Maggie emailed to come to the drop in sessions and kept encouraging me to attend so I did. I knew nobody, I was very nervous but I stayed. During the two months leading up to the public performances, I learnt to be disciplined and my time keeping got so much better. As well as shaping me to be a great actor, I learnt (very slowly) to express my feelings in a more positive way. I personally battled with the script because it made question a lot of things about my past and myself. I constantly compared myself to Estelle (the character I played) and admired her resilience and tenacity. I didn’t believe I could play a character that was so fearless, but Maggie thought I could and as it turns out, I did! After the tears I cried during rehearsals for lack of self belief, It was refreshing to cry on closing night for a different reason, because I and the rest of the cast had succeeded and proved all our doubts wrong!

It’s been almost three months since closing night of Baby/lon and much has changed. My confidence is way up for starters. I worked at the observer magazine after the show ended, which was great. The cast were paired with mentors after the shows completion. I have a super mentor, who meets with me regularly and is always encouraging me. I’m helping former Baby/lon cast and close friend Tiernie Thompson with her film. Plus, I’m heading to University to study fine art in September. I’m still very much involved with the Big House Theatre. I’m so greatful that I took part in Baby/lon. I love that a charity like the Big House Theatre exists for people who are quite a lot of the time forgotten.

I grew up in north west london, my mum was a single parent who took care of me and my brother, we occasionally had supervised contact with our father. Life growing up was really up and down, one minute everything would be fine and the next my mum and dad would be screaming, shouting and fighting. Not long after i learnt that my mum had a drug addiction, due to this i grew up nervous and didn’t understand how to communicate with others. I stopped going to school to avoid people as i found it hard to talk to people and trust them. When i was 13 my social worker informed my parents that there was a risk of me going into care, as my mum at the time wasn’t up to the job. I was given two options to either go to portugal and live with my aunty and leave everything and everyone i knew behind or to go into care where my social worker told me that people end up pregnant or on drugs. I chose to go into care as i didn’t like the thought of being away from my brother whom i am very close to and my parents.

Going into care was hard for me as i heard so many things about being in the care system. I felt embarrassed, low, sad, different, confused and guilty. I didn’t understand why i had been taken into care. I thought maybe it was because i used to stay out late and because i stopped going to school. I didn’t get why i had to live outside of my family home while my brother was still at home, so i grew up thinking there was something wrong with me which brought my motivation right down. I felt like no one understood me and i couldn’t talk to anybody. Eventually when i came out of care i had built so many barriers, i felt that i had been hurt and let down so much already, i was not about to let anyone else hurt me. I never told people that i had been in care as i felt it would put shame on me and people would feel sorry for me, which is something i really didn’t like so everyday i would act, pretend to be somebody i wasn’t so nobody would notice i was different. I lost faith in myself and told myself i was not cut out for any kind of education, training or work. So i did nothing, i wasn’t motivated for anything.

When i was 17 my whole life spiralled out of control and the one person i ever trusted let me down, but this time i realised that i couldn’t go on blaming people, i needed to change me so i got in contact with my youth worker, Julie, who put me in contact with Maggie. Maggie had so much belief in me but i didn’t understand why, as i was always told that i would never amount to anything. Maggie was different, she gave me a chance to do something which changed my life forever. She gave me confidence in myself and then i acted in a tour of a school play and performed in front of so many people young and old. To an actor, acting is just a job, but for me it gave me the confidence i needed, the belief i needed to understand that i could achieve anything i wanted. I now find it so much easier to communicate with people, i no longer have a barrier up, i have so much motivation and determination which has helped me apply for college and i now study health and social care all because one woman took the time to have faith in me. 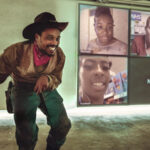 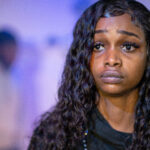