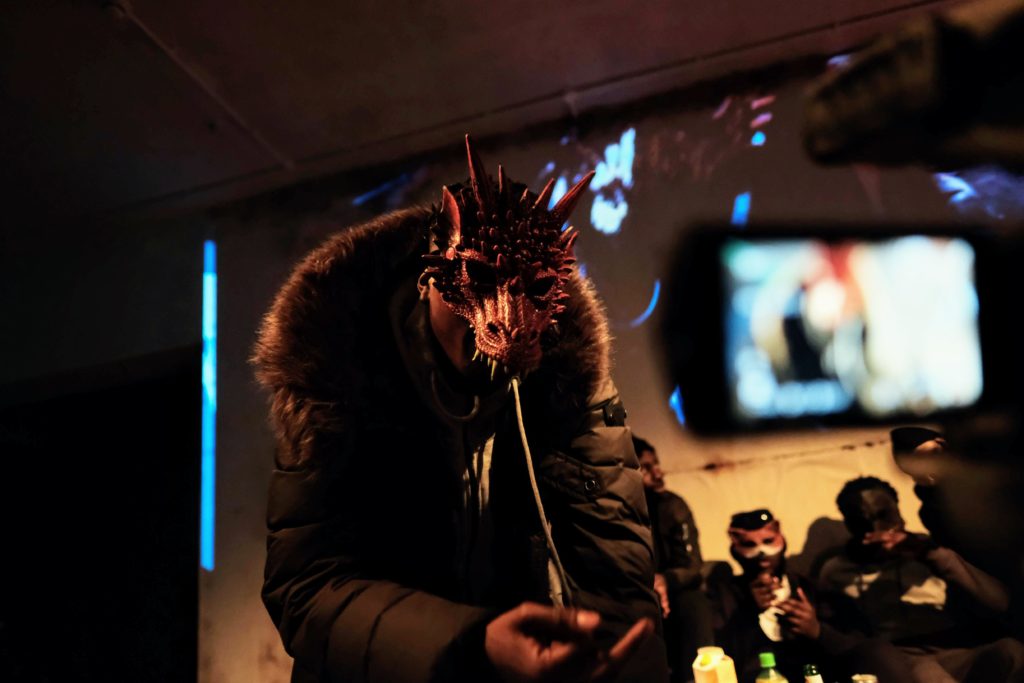 “Bullet Tongue is a cracker, an eye-opening and sometimes eye-popping account of life for young people involved in drug-dealing gangs…this is raw, it’s different, it offers a glimpse of another London that many of us never see and a story that theatre seldom tells.” Lyn Gardner https://bit.ly/2ROCKYO https://bit.ly/2Fv3wQ8

“A ferocious and powerful urban drama.” ★★★★ The Stage https://bit.ly/2SXTYjJ

“Authentic and powerful immersive show about gang culture, devised with at-risk young people…forces the audience to listen to these stories which are so often ignored.” ★★★★ Time Out https://bit.ly/2R253iE

“This exuberant, hard-hitting play, in contrast with most current mainstream theatre, which seems to be primarily concerned with money, has the potential to change society. It forces the audience to sit up and listen, to re-think some of their prejudices about marginalised young people, to give them a voice – and what a loud, clear voice it is.” ★★★★★ Islington Gazette https://bit.ly/2DeKlb7

The critically acclaimed Bullet Tongue is the new production from The Big House and is the first show to take place at our brand-new premises in Islington. Extended for an extra week due to overwhelming popular demand, the play tells a new and powerful story that aims to get to the heart of what life is like for young people involved in gangs.

The story centres around a young girl involved in County Lines drug dealing, Bumper, and her struggle to find her voice and identity in the street gang world of London. The audience is taken through the challenging and sometimes harrowing circumstances in which Bumper finds herself as she gets in deeper than she can cope with.

Bullet Tongue is one of our most technically ambitious shows to date, with a promenade taking place between 7 different spaces, and locations range from a seaside caravan to a Hampstead flat. The show deals with themes that are the hot topics in London right now and has made headlines across national media outlets.